A downloadable game for Windows

Razorlocks is a 3D platformer currently in development that emphasizes moving fast and leaping far. Core abilities include wall running, grappling, dashing, and spinning and can all be used to navigate levels in interesting ways.

The title Razorlocks is derived from the way the character’s blade tool is connected to her hair and is used to spin and grapple. The pre-alpha version of the game contains 3 complete levels, each designed to represent different levels of difficulty.

The game supports keyboard/mouse and XInput gamepad input, and you can see the control maps in the downloaded game folder. A control customization menu will be added in the future.

There is also a WebGL version that you can play in your browser.

I gonna pay 50 cents for this. The Game looks amazing just from screenshots. Sry I don't have that much money :(. All I have to do is set up my PayPal. I'll donate as soon as I can.

Thanks, any donation means a lot!

My Goodness Just Played This For 20 Minutes. I think when u add levels u should make a extras with a bigger level of this to mess around in.

This feels very nice to play, so few 3d platformers actually give you momentum with your character, felt like I was playing a bit of a 3d  mega man x equivalent with a grappling hook due to momentum you get from dashing around. Please give us more then the level it's truly wonderful. In the 1% chance this gets cancelled release the game as open source and I'll make levels with it. It feels that good to play.

Sorry if that's a bit much.

If you want to talk further on this game and what your inspiration for the game's controls message me on discord, I'm Fernand#3935.

Thanks, comments like this mean a lot to me. I've started working on more levels but it will be a while before they're in the game.

Inspirations for the controls include games like Crash Bandicoot, Mario, and Celeste to some extent. Celeste has similar dash and momentum mechanics and wall climbing (not wall running so much). Razorlocks can crouch, slide, and spin like Crash. There's also the dive ability that's comparable to the ground pound in Mario or Crash's belly flop (except the dive move in Razorlocks locks you into dashing when landing). Mario can wall jump, but not wall run. Mario Galaxy also has a spin move that allows you to gain airborne height/distance.

The grapple mechanic doesn't have a clear inspiration that I can remember, but I think it helps make the game stand out. In the past I've made some driving/racing games and those have a strong sense of momentum and fluidity that I've tried to replicate here.

THIS GAME IS PRETTY DOPE. PLEASE ADD MORE TO IT.

Thanks for the video, I plan on adding some real levels within a few months.

PLEASE KEEP ME POSTED WHEN YOU DO. I'D LOVE TO PLAY THIS GAME AGAIN.

Awesome Game, reminds me Prince of Persia :) Add some objectives that make the game incredible ;)  4/5

Thanks for making a video of the gameplay. Objectives will come along with the levels I plan on adding in the future.

Waiting for update on this game Thanks to you also :) 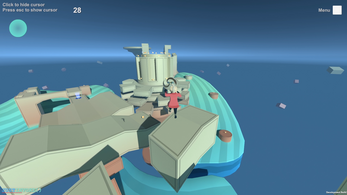 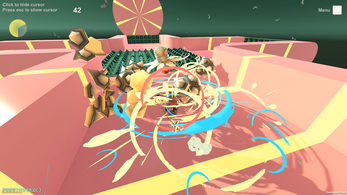 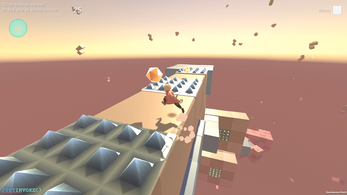 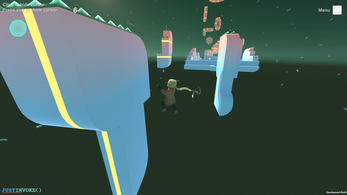 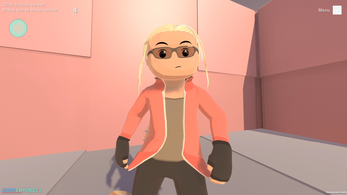